Is Galaxy A9 Pro version better than non-pro A9?

It was a surprised when Samsung launched the beefier Galaxy A9 Pro this 2016, a few months after the non-pro, standard Galaxy A9 made available and released globally including the Philippines. The pro label adds extra features and specs improvements. But are these advantages of Pro are worth for your extra money if you’re torn between the two versions? Let us answer that in our full review.

Built with the same curved Gorilla Glass front and back while supported by a metal frame, there are no visible changes outside for the Pro model. But when you start holding each phablet and put them on a flat surface you will notice the differences. The Pro is a few hairlines thicker and few grams heavier. It makes some distinguishable assets when comparing the two, but impossible when you only have either one of the two. 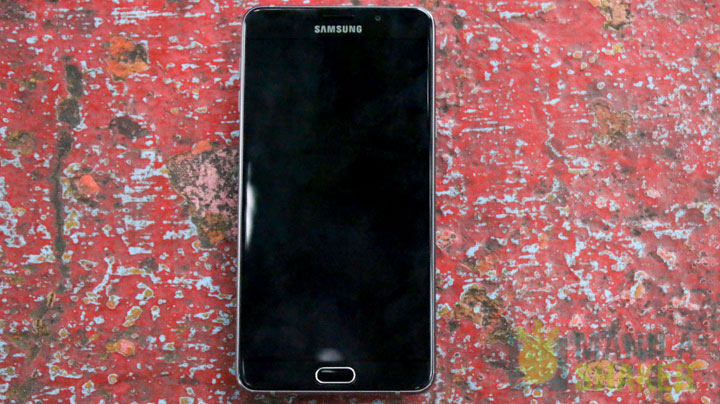 The added weight and thickness do not spoil the premium experience. The device felt solid in hands, thanks to the non-slippery glass finish and curved aluminum corners.

All ports and slots are intact and unchanged. We have microUSB 2.0 on the bottom along with 3.5mm audio jack and mono speaker. The access to nano cut dual-SIM cards is on the right while the microSD tray is found on top.

The aluminum buttons are clicky as the home button embedded with a fingerprint scanner. As usual, the scanner works fast and accurate, but there are times it struggles reading my thumb when wet. Overall, it still reads my thumbs swiftly for most of the time.

Despite with unchanged design, the Pro version remains premium and solid as the other non-pro model, which we still find attractive compared to most metal phones today.

The Pro label didn’t add any changes to the display. The 6-inch wide Super AMOLED flaunts up front with 2.5D curved Gorilla Glass 4 on its top. Colors are very vivid, detailed, and have pleasing viewing angles even in outdoors under the bright, sunny weather. There’s a little contrast difference between the standard version, but it doesn’t make a serious deal breaker.

In terms of quality, the new Galaxy A9 Pro’s camera produces overall brighter and warmer photos. The preserved details are crisp as the non-pro, but with only slight smoother sharpening and processing for the Pro.

In low light, the higher exposure level of the Pro version is more noticeable. However, the processing seems to incline to more grainy shots.

For selfie photos, the lack of natural colors is very apparent for both cameras. The beautification adds an effective skin toning while making you look pale and unrealistic with thick makeup effect.

Overall, the camera is a slight improvement while still doing the job of a mid-range shooter.

Running on TouchWiz UI on top Android 6.0.1 Marshmallow out of the box, the software experience on the Pro is richer than the Lollipop-flavored non-pro. However, the latter is already scheduled to receive the update in the coming weeks to keep up with Pro model.

There are a few visible changes in tow including the drop down shortcuts and notification area. Most of the remaining changes are under the hood and more on security, which is really the highlight for Marshmallow.

Under the hood is the same Snapdragon 652 chip with octa-core CPU. The RAM is now 4GB, up from 3GB of the non-pro. This adds a little speed in running apps and games, but won’t give any extra mile lead in benchmark scores and overall performance.

Perhaps the biggest change is seen in the battery capacity. From 4000mAh, we have now a 5000mAh here adding several more hours in battery endurance rating and extending the life up the second day. Getting up on the second morning with 50% battery is just a normal feat for the Pro version. The average screen-on time is 5 – 6 hours.

Charging the behemoth 5000mAh only takes 2 hours and 30 minutes using the 2.0A fast adaptive charging. There are times the battery is filled from 0 to 100% in just about 2 hours and 10 minutes.

A small bump in audio quality is also seen here with the Pro having a little extra bass and crisper vocals. Make no mistake, the speaker on the Galaxy A9 is still loud and reliable for playing music or video without a headset plugged in. Both have ANT+ audio profile support.

With a small price difference, P24k price for Galaxy A9 Pro vs Php 20k+ for Galaxy A9, this makes a tough choice for people planning on buying either one of the two. But after reviewing and comparing both, we say the small and big bumps are both worth it when going for the Pro model.

We are thinking that it is unfair for those non-pro Galaxy A9 owners as it looks like Samsung had originally intended the Pro specs for it at first. On the bright side, having options is always better for consumers. Indeed, bigger is better, which is true for the A9 Pro.

Full video review and comparison of Samsung Galaxy A9 Pro