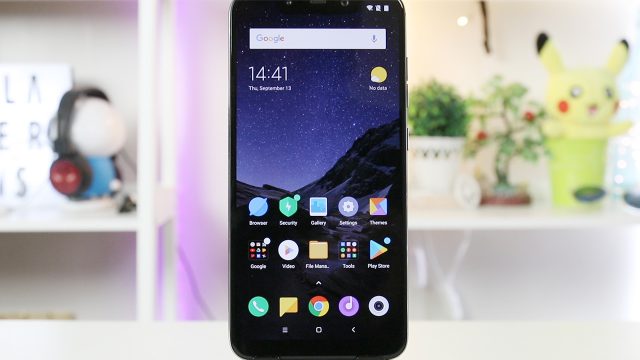 What if we tell you that you can purchase a smartphone under PHP 20,000 with the same key specs as the phones that are priced at PHP 40,000 and higher? Yes, that’s a phone released by Xiaomi’s sub-brand called “Pocophone” and simply “Poco” in India. It’s a handset with a midrange price tag but with flagship specs. The POCOPHONE F1 looks good on paper, but will we really get the flagship-feel in its actual performance? Let’s find out here.

The body of the POCOPHONE F1 is a unibody polycarbonate design. The unit we have here is the Graphite Black. If you’re not feeling the black variant of the Poco, there’s also Steel Blue and Rosso Red options.  For some people (like me), a smartphone with a plastic body makes it feel less premium. Well, it may be one of the ways to keep it under PHP 20,000 with a Qualcomm Snapdragon 845 chipset. As for ergonomics, the handset can be easily operated with one hand. 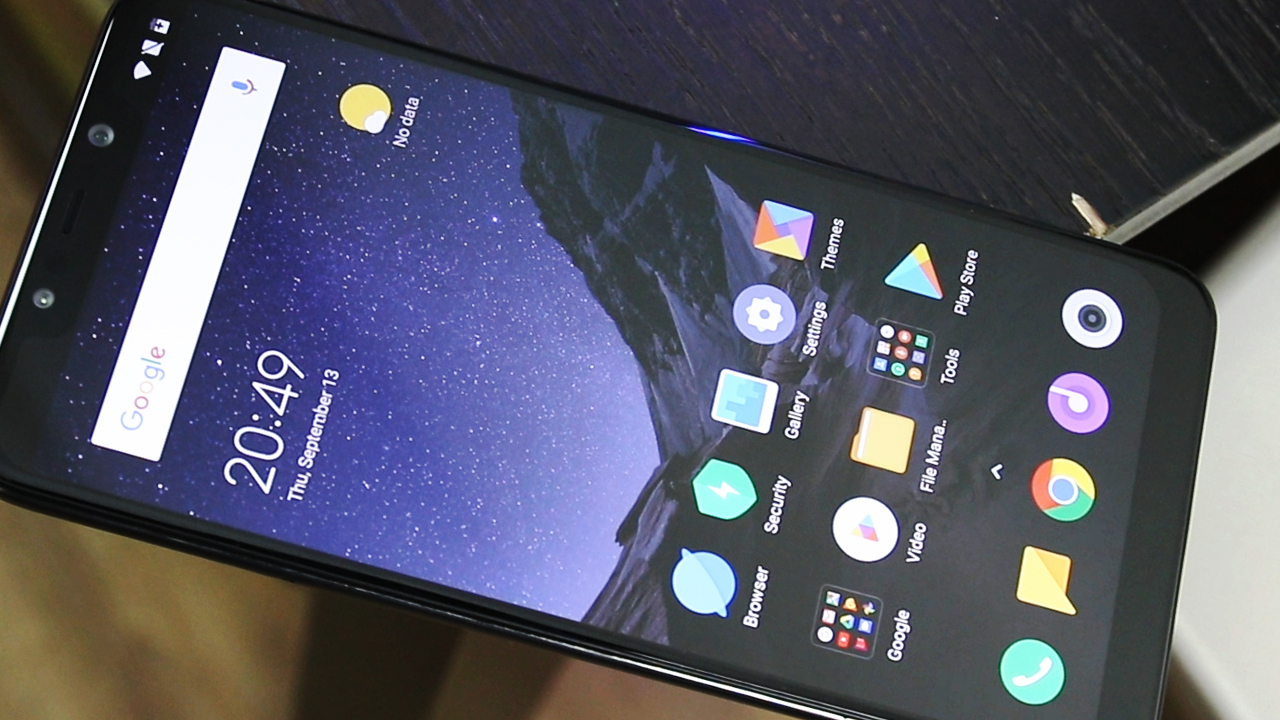 Similar to other recently released smartphones, the Poco has the infamous notch, as well as thin bezels. Though its notch is quite larger in size compared to the other newly released notched handsets, it surprisingly doesn’t look irritating at all. Just like other notched display smartphones, the notch houses the selfie snapper, proximity sensor, infrared lens, infrared lighting, and the earpiece.

Moving on to the rear part of the device, the dual rear cameras are positioned at the center with the LED flash at the side and the fingerprint scanner underneath. At the bottom, a large “POCOPHONE” is written and a small “by Xiaomi” below it.

For the buttons and ports, the volume rockers and power/lock buttons are located at the left side, the SIM tray on the right side. At the bottom bunk of the phone is the speaker grille, microphone, and the USB Type-C, while up top is the audio port and a secondary microphone.

So, if you’re looking for a more premium built Pocophone F1, you might wanna check the Armored Edition with a Kevlar back. 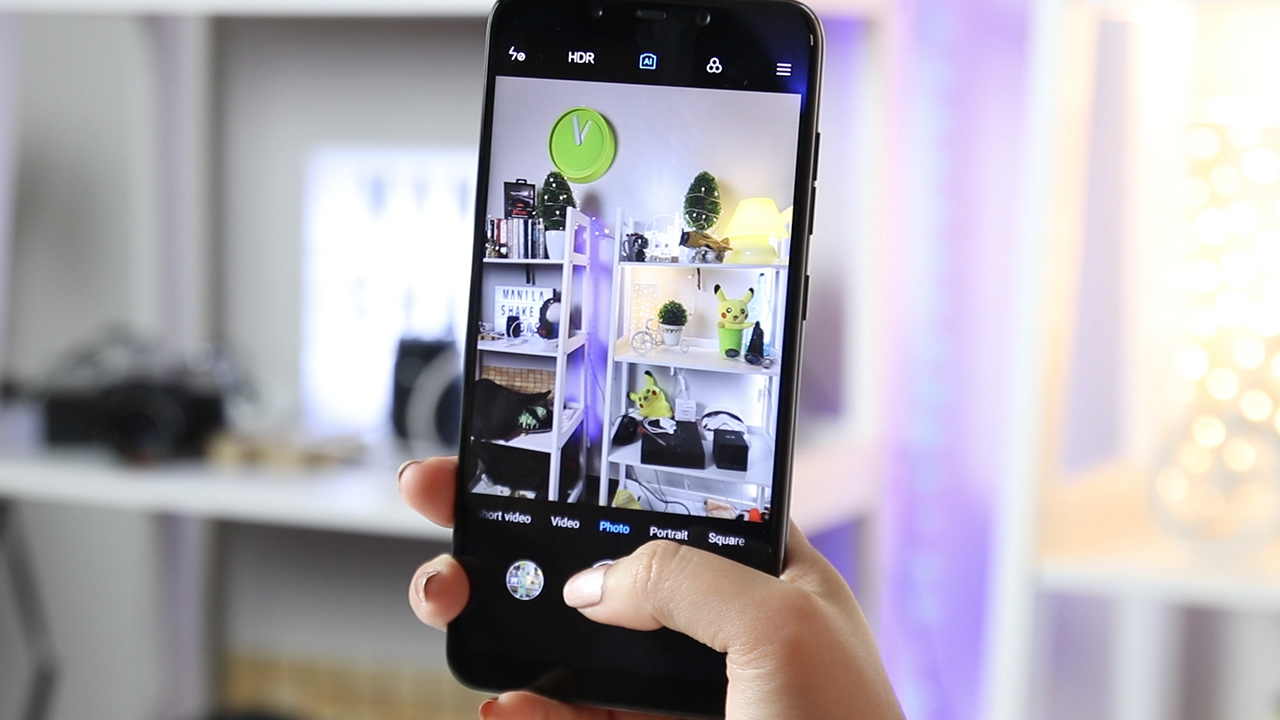 The Pocophone F1 sports a 6.18-inch Full HD+ edge-to-edge screen with a resolution of 2160 x 1080 pixels and has an 18:8:9 aspect ratio. It has a Corning Gorilla Glass protecting the display.

Going to its viewing experience, the device’s screen produced vibrant images. Also, the color doesn’t change when viewed from different angles. We also tried taking some shots outside and we didn’t have any issues with looking at the screen.

In regards to its notch, again, it’s a little wider than the newly released handsets with the infamous notch. Still not a big fan of the notch? Good thing there’s an option to hide it. Just go to settings then head to full-screen display and choose “hide notch”.

Going to its optics, it sports a dual 12MP + 5MP rear camera with Sony IMX363 sensor, an aperture of f/1.75, an LED flash, a dual autofocus, a Dual Pixel, and an AI feature. For selfie snapper, it is built with 20MP with Super Pixel technology.

This first outdoor shot was taken at our veranda. The Pocophone produced a pretty sharp photo. Details are crisp and sharp, even the details on the sky are visible with no grains.

These shots were taken a few days ago on a gloomy weather. The Pocophone were able to take photos with natural composition. Unlike other smartphones released in 2018, it showed the real colors of the scenario. If you’ve been following the camera results from most smartphones released this year, you’d notice how the cameras instantly undergo post-processing by stretching out the saturation and brightness and a little bit of contrast. 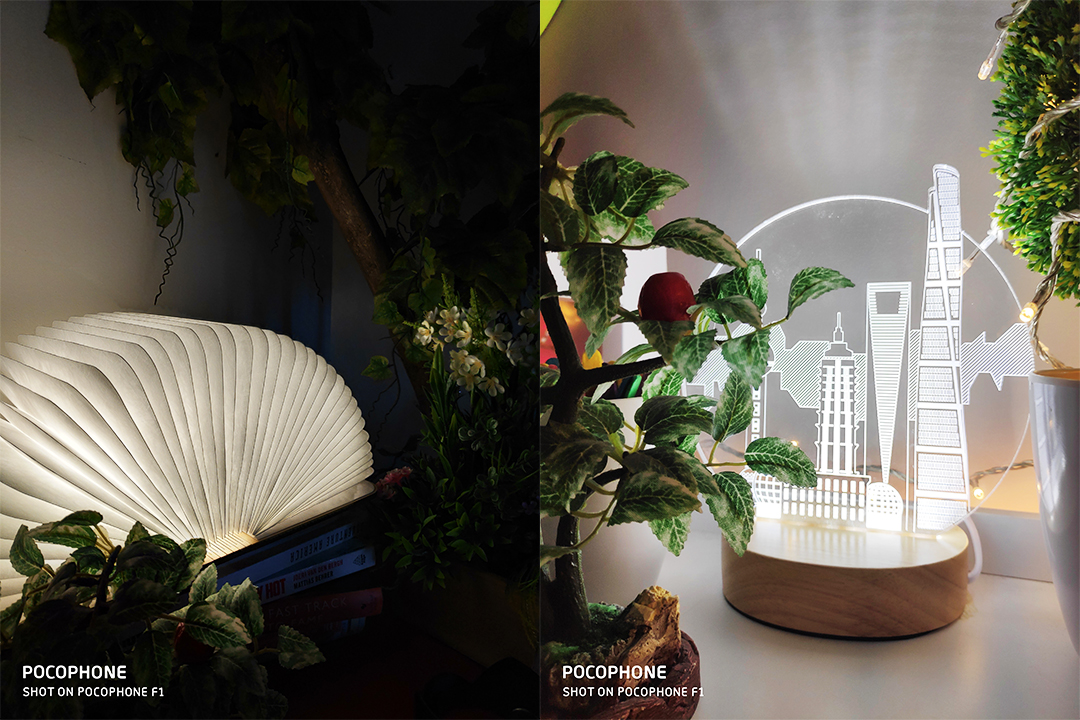 For night and low-lit assisted shots, the Poco F1 can definitely take lighting sources well. The photos look amazing with its deeper blacks and vibrant colors, but not overcompensating its quality. What do you think? 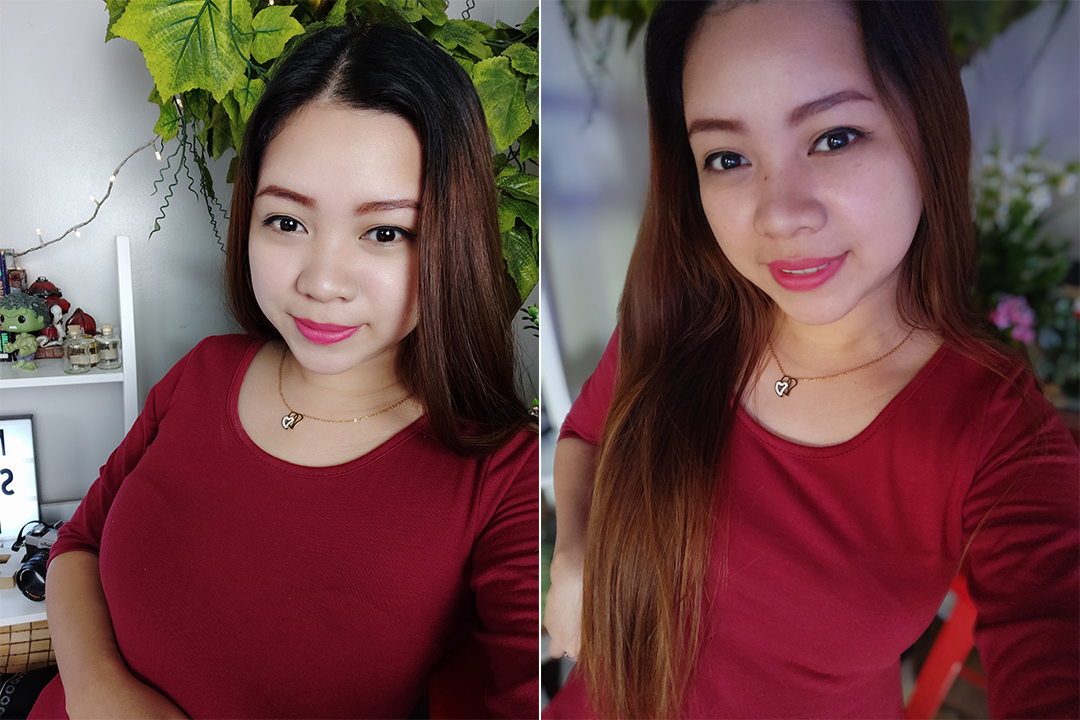 As for the selfies, it produces good selfies as well. Similar to most handsets, the Pocophone F1 also has bokeh mode and beautification effect.

The key highlight of Pocophone F1 is that it offers a high-end chipset at an affordable price. This redefines the midrange game as it can compete to some of the flagships released this year. The Pocophone F1 is powered by a Qualcomm Snapdragon 845 chipset clocked at 2.8GHz octa-core with Adreno 630 GPU. It has two storage options, you could go for the 64GB internal storage or the more expensive version which is the 128GB variant, both along with a 6GB of RAM. 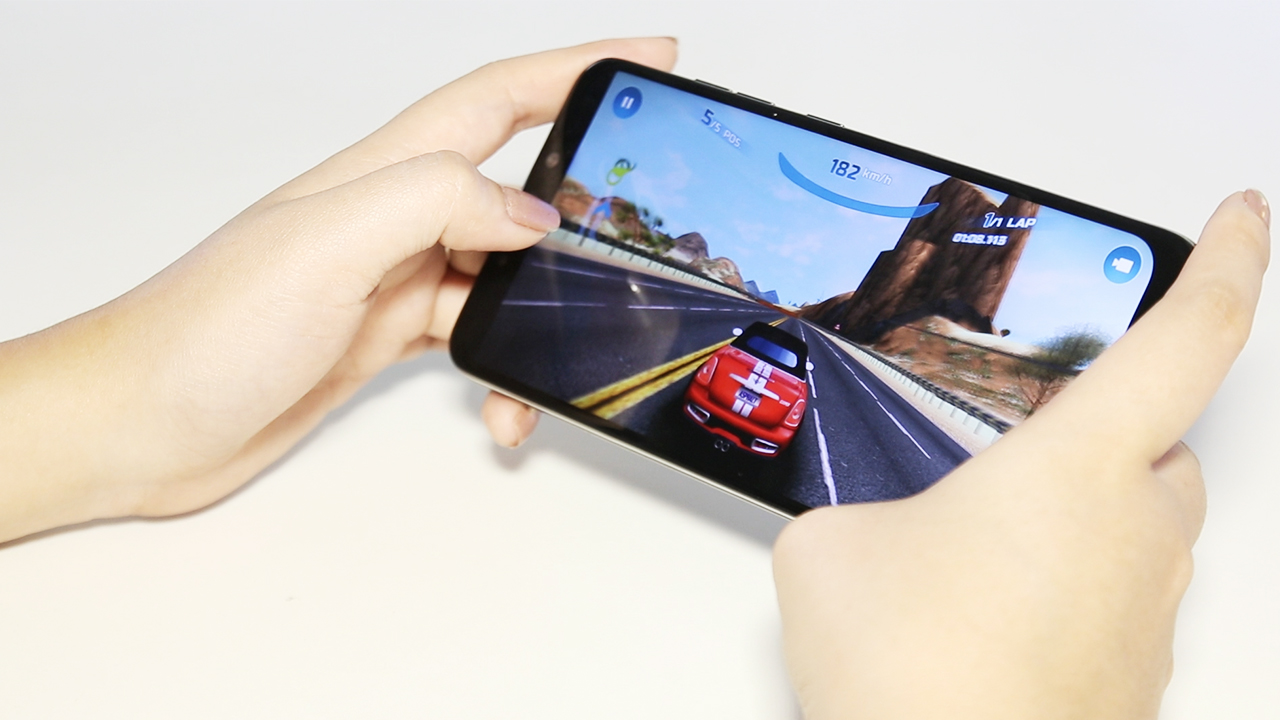 With its top-tier hardware, it absolutely aced our gaming test. We played a bunch of graphically heavy games like the Asphalt 9 and PUBG, and just like playing on a PHP 40,000 price tagged smartphone, it performed well. No lags occurred while in-game, multi-tasking is a breeze, and thanks to its cooling solution – the handset didn’t heat up even if we played Asphalt 9 for a long period of time.

The Poco F1 runs on an MIUI for POCO based on Android 8.1 Oreo. Xiaomi also confirmed a recent report that an Android 9.0 Pie update is around the corner. As per Xiaomi, alongside the MIUI10, Android 9.0 Pie will arrive within the next four months. The MUIU 9.6.11.0 is quite similar to Xiaomi’s own MIU since Pocophone is a sub-brand by Xiaomi. With multiple home screens, pre-installed apps are already arranged by category in which the user can customize. There’s also a feature called Second Space which enables the user to create a private home screen.

We tested the Pocophone F1 using the following benchmarking tools and here are the results:

One of the major concerns of the smartphone users is the battery. There are questions like how big is the battery capacity and how long it will take on a casual use. For the Poco F1, Xiaomi provided a large battery pack of 4000mAh with w/ Quick Charge Technology 3.0.  Although charging time still isn’t fast enough even with the QC 3.0, we got about 50% in an hour and 20 minutes of charging.

Despite the average charging time, the Pocophone did well in our battery endurance test. The battery juice lasted a day of web browsing, around 18h of media playback and light gaming.

Another good thing about the Pocophone F1 is its stereo speakers. It’s the reason why media playbacks and gaming are fun on this phone. It gives loud and crisp sound but it kind of lacks in the bass department.

Is this really worth it? 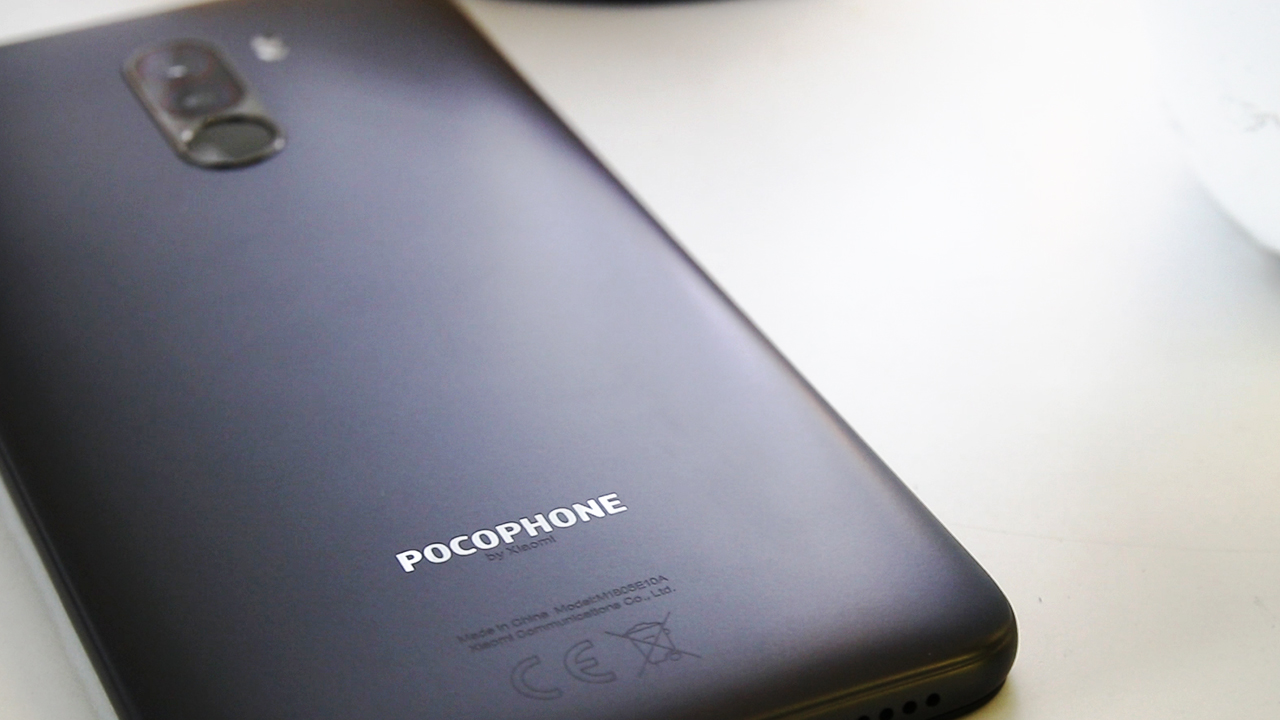 A big clap, Xiaomi! I would say that other smartphone brands should be terrified of this move by Xiaomi, and consumers also need to rethink when buying expensive devices. The Pocophone F1 proves how you can get a smartphone with great flagship performance but with a price tag of a midrange one.

Just think about it, with that extra money on your hands from not buying that ridiculously expensive handset, you can purchase accessories, food (good for a few months already), clothing, or another one for your loved one! (Or you can just save it too for future expenses.) Looking for a new phone with a PHP 20,000 budget? This one is surely worth it.

How to Refund in Steam

Google: The Place to Shop for the Future