OPPO’s F series has been really popular in the Philippines, especially to the millennials who love to take selfies. Following the success of last year’s Selfie Expert OPPO F5, the Chinese handset manufacturer unveiled the F7. This new handset actually has a lot in common with the company’s high-end OPPO R15, it also bears the notch that was popularized by Apple. With a much higher price than the F5, is it a worthy upgrade? Let’s find out here OPPO F7 review. 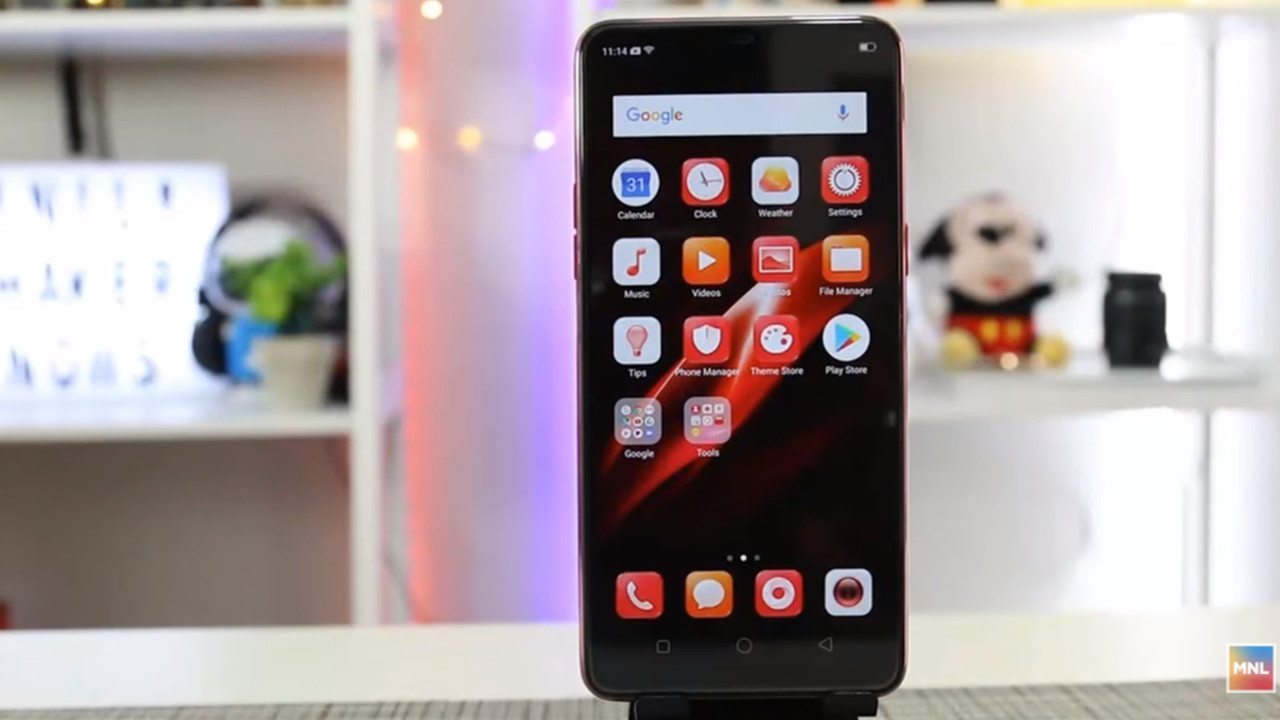 We’re all accustomed to the F series’ usual metal back panel build but this time, they ditched that idea and switched to an all-plastic body. It actually mirrors the look of the Oppo R15, Asus Zenfone 5, and Vivo V9 – because of the trendy notch. Although people are getting used to the notch, just like we did, there are still so many consumers that will get annoyed. Just like what we said on our first impressions of this device, it’d be great if OPPO didn’t hop into this trend.

At the back portion of the phone are the fingerprint scanner and camera. As always, the OPPO is written at the back below the fingerprint scanner. Now, at the bottom bunk of the phone are the speakers, headphone jack, and the micro USB 2.0 port. The power button, volume rockers, and the SIM trays are located at the sides of the smartphone. And btw, it can hold two Nano-SIMs and a microSD card.

Overall, we love the design of the new OPPO F7, especially this Solar Red variant that we have. It looks classy and stunning in our opinion. What do you think? But if you don’t feel like getting this red variant, Black and Silver color options will be available as well.

The OPPO F7 features a 6.23-inch in-cell IPS display with a resolution of 1080×2280 pixels, and Gorilla Glass 5. Same with almost every new smartphone this year, this new Selfie-centric OPPO phone comes with the notch. The company used the notch to place the selfie camera, earpiece, and some sensors. Again, the notch can be irritating for some.

We were actually hoping for an option to turn off the notch, just like what we saw in the P20 Pro but they might have it someday according to

We also took our Oppo F7 outside to see if we’ll have problems using the device under broad daylight, it can take strong lighting well as we didn’t encounter any problems viewing our shots.

In the camera department, it features Smart AI recognition that is present on the massive 25MP front camera. There’s also a feature called a Vivid Mode wherein the front camera can shoot natural-looking selfie shots against color production for the outfits and background.

Selfies with AI Beautification mode turned on made the subjects faces looked less haggard. It beautifies the faces without losing much facial details.

In this selfie shot, the vivid mode is turned on. It made the whole frame looked more colorful and fun to look at. What do you think? Do you like the vivid mode turned off or on?

It also has fun and cute AR stickers.

On the rear part of the phone is the 16-megapixel sensor with  f/1.8 aperture. Just like Huawei flagship phone Mate 10 and Mate 10 Pro, the OPPO F7 can enhance shots by identifying 16 different scenes. The rear camera also supports Phase Detection Autofocus (PDAF) and can capture shots with bokeh effect by utilizing the power of AI. 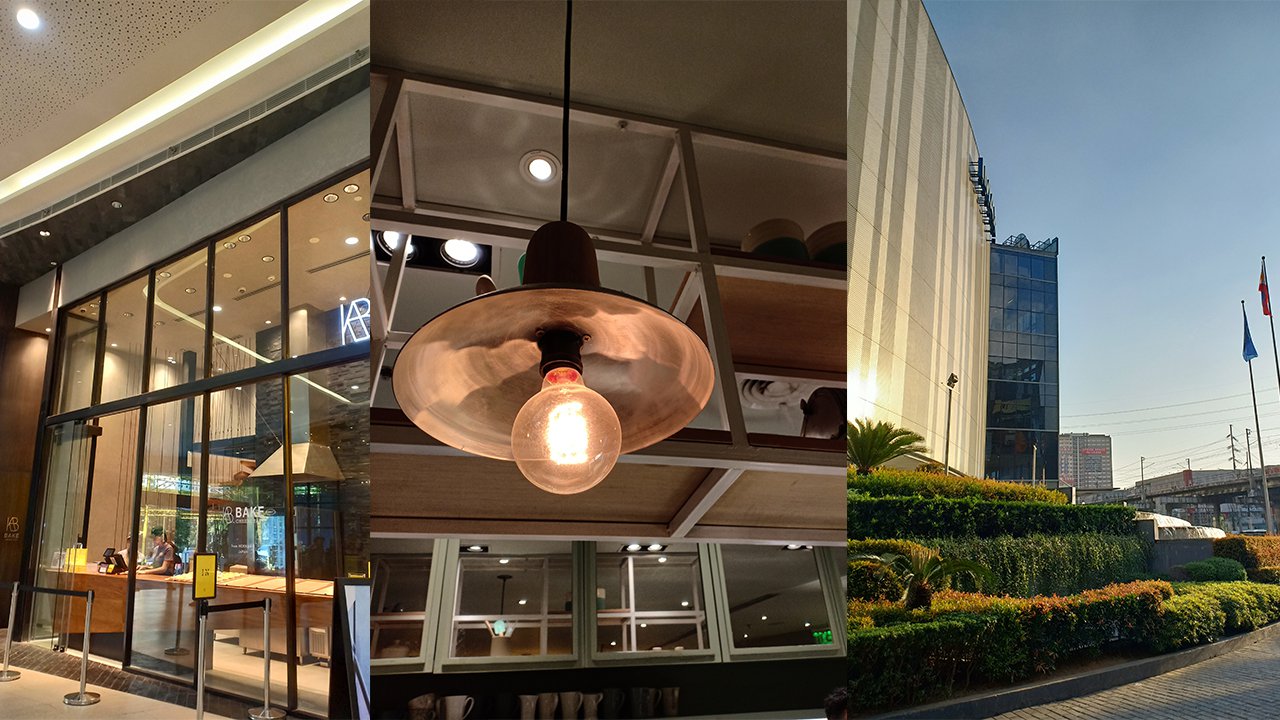 Daylit shots look amazing with its very vibrant feel without making it look artificial. Some shots even look like it has been post-processed already.

The bokeh effect turned on when we took these photos. Same with the selfies on portrait mode, the blur on the background doesn’t look weird and artificial as well.

Though it produced great selfies even in low light, it didn’t take the best rear night shots. See for yourselves.

First of is the security. It features both Face Unlock and Fingerprint scanner that works like a charm. I can unlock the F7 even in dim lighting situations. However, it doesn’t have an Iris scanner, so it’ll be easy to unlock the phone even if the owner is asleep. It can be easily unlocked with eyes closed.

This new Oppo smartphone is powered by MediaTek Helio P60 processor coupled with a Mali-G72 MP3 GPU and 4GB of RAM. Navigating on the F7 works swiftly and smoothly, even multi-tasking on this device works with no problems, well, so far. We tested some benchmark tools and this OPPO handset got impressive scores.

We played PUBG and other games on this phone and gladly, we did not encounter any problems. The games run smoothly, no irritating game lag occurred. We can safely say that this can handle graphically heavy games. But again, if you get irritated easily when it comes to un-proportional things, you’ll get super annoyed playing games and watching movies because of the protruding notch.

It also heats up a bit while in game or when watching videos too long, but not too hot though. Watching movies on this device is also great, colors are vibrant and accurate plus the details look crisp and sharp as well.

The Oppo F7 may not be the beast at the battery department, it still packs great juice to last you a day of usage. Though it charges faster than we expected. It only took us 1 hour and 5 mins to completely fuel up the handset from 20% battery life.  Check out our Manila Shaker battery rating here:

The audio of the Oppo F7 is pretty decent – it’s not the loudest mono speaker in the market right now but it’s alright. It’s also not as clear, especially in max volume.

For us, it’s definitely a worthy upgrade. Though it’s not for people who hate the notch – let’s just hope that they’ll add the “hide notch” feature that is on the Huawei P20 series. As we have mentioned, it also doesn’t have the best mono speaker out there. But if you love taking selfies, this is one of the best in its price range as of the moment. For the price of Php 17,990, you can play high graphical games smoothly, day-to-day social media use, take great selfies, and many more. What do you think? Comment down below, like if you love the video, and subscribe if you wanna see more.