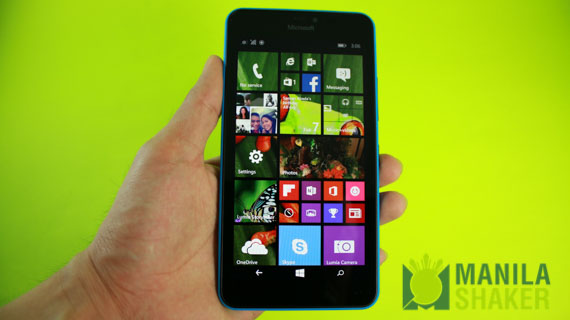 We finally get our hands on the Microsoft Windows Phone 8.1-powered (upgradeable to Windows 10 soon) Lumia 640XL. Our unit came from LumiaVoices and comes in Cyan variant.

What’s in the box?

The retail box of Microsoft Lumia 640XL includes charger, stereo headset WH^208 and start-up guide. Sadly, no data cable was found in the box. The charger however includes a fixed cable supporting microUSB. 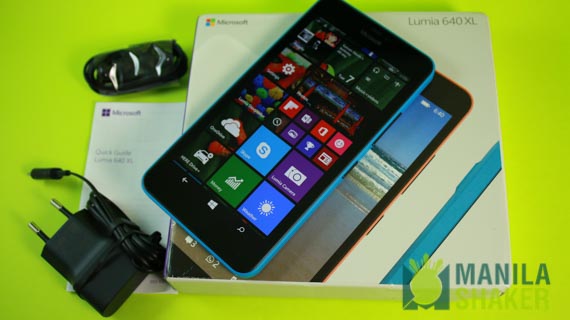 At first encounter, the Lumia 640XL looks and feels big and solid. It is made of matte polycarbonate body which is removable and has user-replaceable battery inside. The matte texture feels soothing in my hands and the Cyan color stands out. 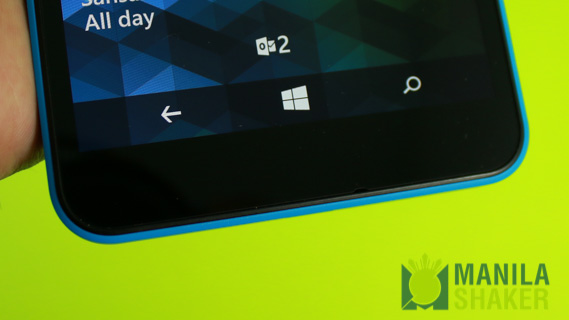 Microsoft opted for on-screen keys instead of capacitive keys. The buttons slide out and disappear during idle times, just swipe up from bottom screen to make it appear again. I tried navigating through the on-screens buttons and found them responsive to the touch.

Taking charge of your selfie needs and Skype video calls is the 5MP front cam snapper located in besides the earpiece at the top center. 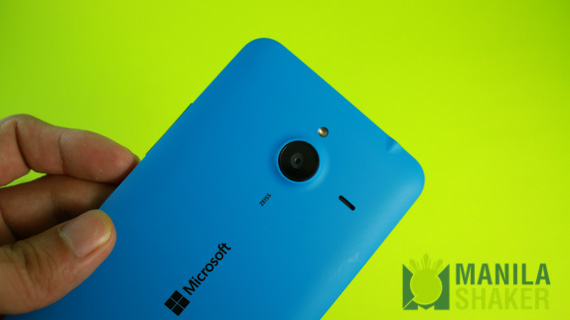 The rear shooter is a 13MP camera with Carl Zeiss optics adorned with large round glass and is positioned few centimeters away from the top edge. It is accompanied by a LED flash and speaker grill around. The back design is a unique sighting and it gives a distinctive feature to the device. 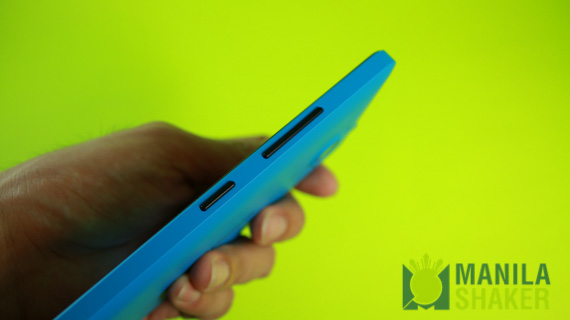 The power/lock and volume rocker are located at the right side which make those easy to reach. Its opposite side is left bare. 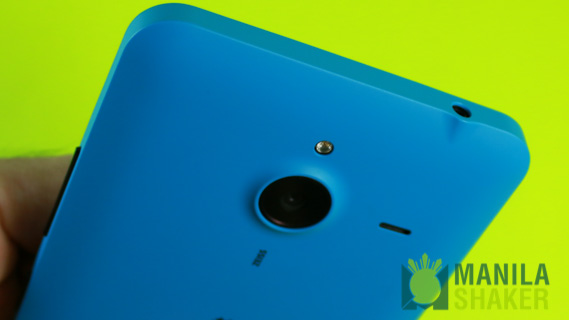 The 3.5mm audio jack is found on top at the left side, positioned conveniently for your headset accessories. 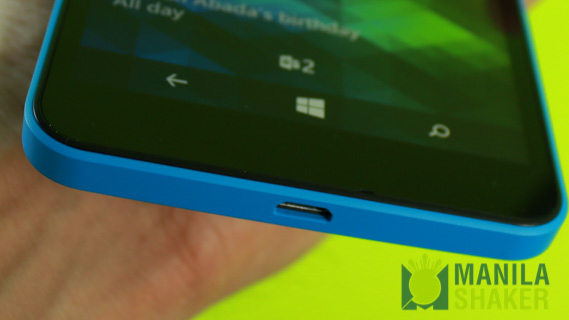 Finally, the microUSB 2.0 port is strategically-placed on the bottom, mid part. 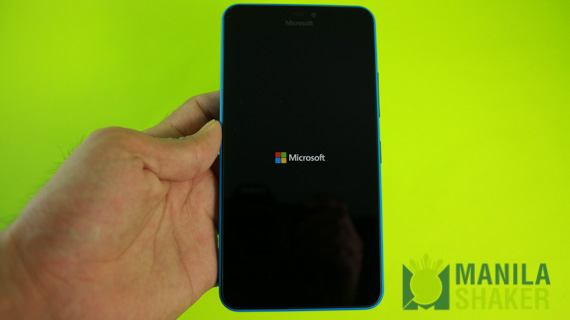 Tipping at 9mm, the Lumia 640XL thickness is average for a smartphone. It is still easy to grip with one hand. However, you will likely need to use two hands when typing. In addition, it weighs 171g which is a hefty point for smartphone, but makes it very solid to hold.

Our next upcoming related post is probably a comparison between its competition. Just feel free to recommend or suggest on which rival phone should we pit against the Lumia 640XL through the comment section.