Asus’ flagship gaming phone is coming in a few days. That said, some of its official specs were revealed by TENAA certification. The ROG Phone 2 is listed to come with 120Hz OLED display, the recently announced Snapdragon 855 Plus, and a massive 5800mAh battery.

Don’t expect a huge design change as the pictured ROG Phone 2 looks almost exactly its predecessor. However, the fingerprint scanner on the back is missing. In other words, an under-screen biometric will be used. As for the display, it will be a 6.59″ FHD+ OLED 120Hz display. Since that requires a lot of power to run, Asus is including a massive 5800mAh battery, complete with 30W fast charging. 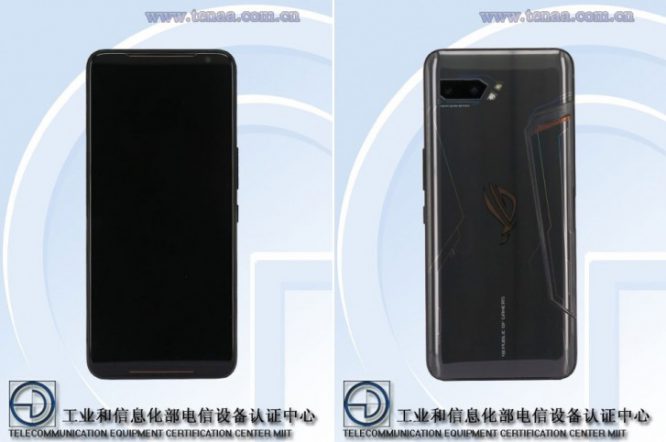 The device is also expected to use the latest Snapdragon 855 Plus, basically an overclocked version, with up to 12GB RAM and 1TB of internal storage. Camera-wise, we’re talking about a 24MP selfie sensor and a dual-camera highlighted by a 48MP sensor.