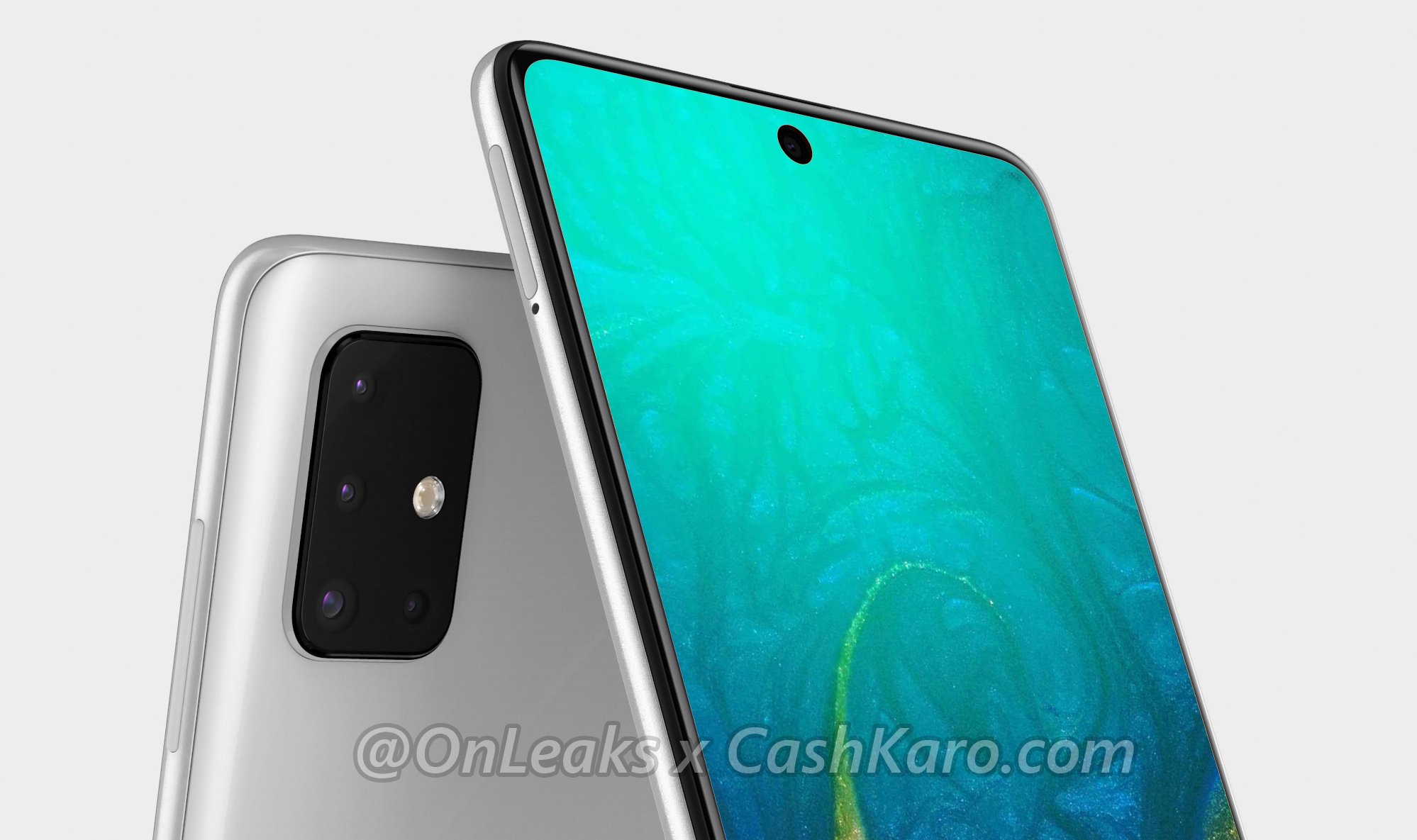 Coming from the same source who revealed the upcoming Galaxy A51, the bigger sibling Galaxy A71 official-looking renders get revealed, too. Looking to be the successor of the A70, the yet-announced mid-range phone sports a pinhole selfie camera that we’ve seen first from the Note 10.

Samsung Galaxy A71 To Use A Pinhole Selfie Camera

If not for the color, the renders of Galaxy A71 could’ve easily been mistaken for the Galaxy A51. This means the rectangular camera module on the back is here with the four lenses lined up in an L-shape. The popular 48MP sensor is expected to be the main shooter of the phone with the rest of the lenses being 12MP ultrawide, 12MP telephoto, and Time-of-Flight sensor. Moving towards the front, the teardrop notch from the A70 has been replaced by a pinhole camera. It’s said to be housing a 32MP selfie camera. That said, Samsung will likely call the 6.7″ screen Infinity-O AMOLED. There’s no fingerprint scanner on the back or the side, leaving us an under-screen scanner to use. Port-wise, the audio jack lives on. There’s no word yet of battery capacity but it’s going to be charged via USB-C.

Through a Geekbench listing, the Galaxy A71 is listed to use a Snapdragon 675 with 8GB RAM and Android 10 out of the box. There’s no specified or expected date of release for the Galaxy A71 yet, but it has only been nearly two months after Samsung released the Galaxy A70s. Additionally, it’s hard to see the Galaxy A71 using a 48MP sensor when the Galaxy A70s is using a 64MP sensor already.