The Samsung Electronics company is about to launch its new version of Galaxy A7. The upcoming mid-range smart phone is set to be the first Samsung smart phone to have triple rear cameras.  The said smart phone is laid to be available this coming fall in selected areas in Europe and Asia. 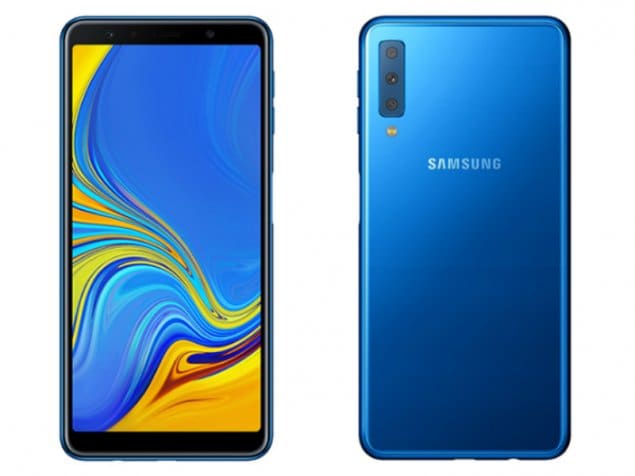 Specification of Samsung Galaxy A7 (2018)

The upcoming phone sports a 6-inch full HD Super AMOLED Infinity display screen with a 1080x2280pixels touch screen resolution and runs with an Android 8.0 Oreo operating system. It is motorized by a 2.2GHz octa-core SoC processor with 4GB/6GB RAM. It has an internal storage of 64GB/128GB and can be expanded up to 512GB through a microSD card.

In addition to this, it is also geared with a 24MP front camera with f/2.0 aperture. The cameras are supported by LED flash, Pro Lighting and Selfie features.

On the connectivity features, Samsung Galaxy A7 (2018) is connected by 4G VoLTE, Bluetooth v5.0 ANT+, dual-band WiFi 802.11ac and NFC Samsung Pay support. It is also supported by GPS, Beidou, Glonass and by a 3.5mm jack.

The forthcoming smart phone doesn’t have an official price yet. Stay tune for further announcements. Any views on this upcoming version of Samsung Galaxy A7? Comment below!