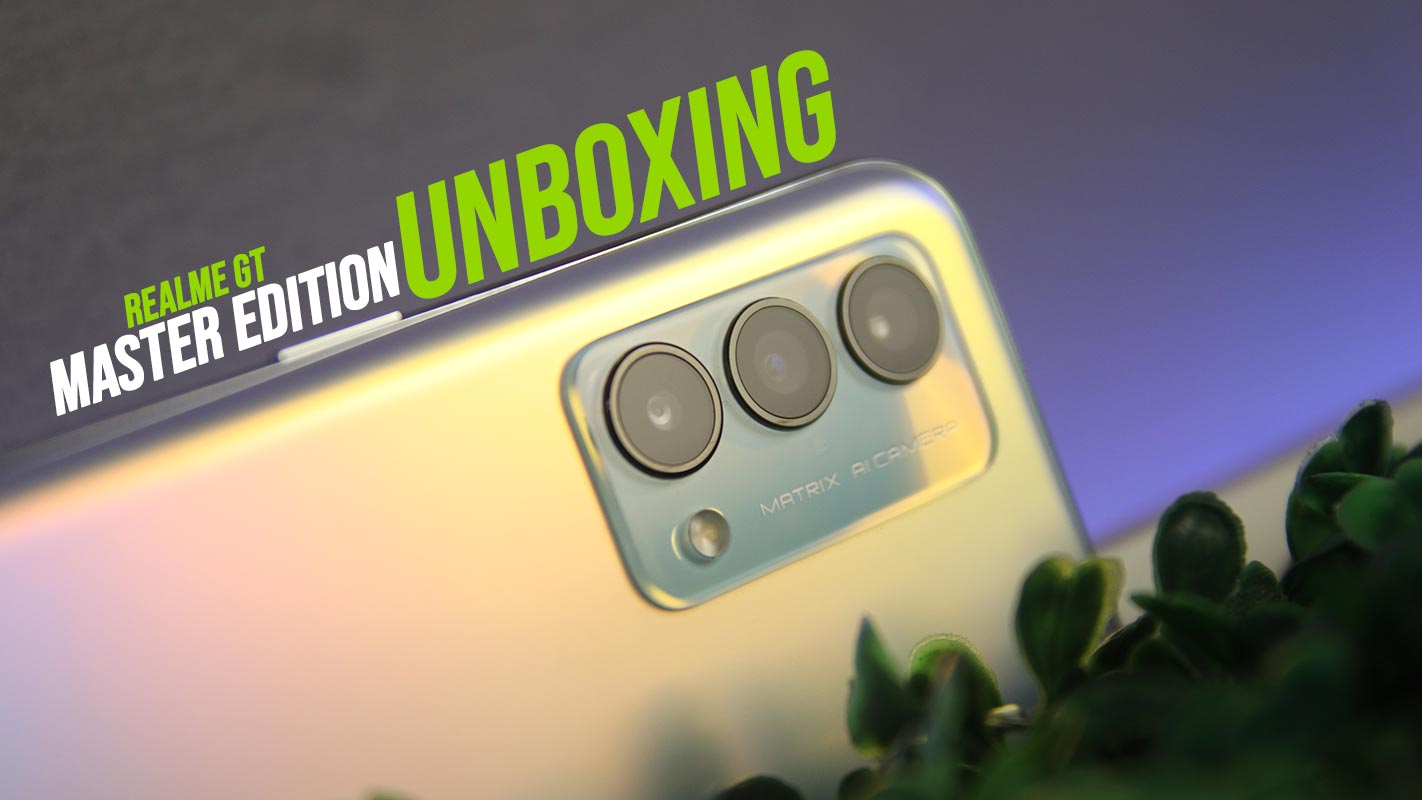 The box of the realme GT Master Edition is in color black and upon removing the cover, we will be greeted by a compartment box with the text that welcomes us to the realme family. Inside the compartment box is the quick guide document. Underneath is the device itself. Let’s put this aside first, Removing the cover under the device, we will see the USB type C, sim ejector pin, a rubber jelly case, and the 65w super dart power brick.

What’s really unique about this edition is that it has a “suitcase design” that was designed by a Japanese designer named Naoto Fukusawa. It has a vegan leather design but unfortunately, we don’t have that variant, but instead, we have the daybreak blue that has a glass back. It is not a textured finish, but more on a glossy one, although it attracts a few fingerprint smudges.

It has a 2 tone color on the back that shifts whenever light reflects on it. It is thin, it also feels solid and sturdy while maintaining its lightness. At first look, for me, it doesn’t look like a realme smartphone, even though it shows the realme branding on the bottom, the overall look of the smartphone gives a different vibe. We also have a sleek camera module with a triple camera setup.

As you notice there is no fingerprint scanner on the back or integrated into the power button since it is already under the display. Around its frame, it has a USB C port, sim-tray, speaker grill, and also it is surprising to see that it still has a headphone jack on an upper mid-range flagship model. 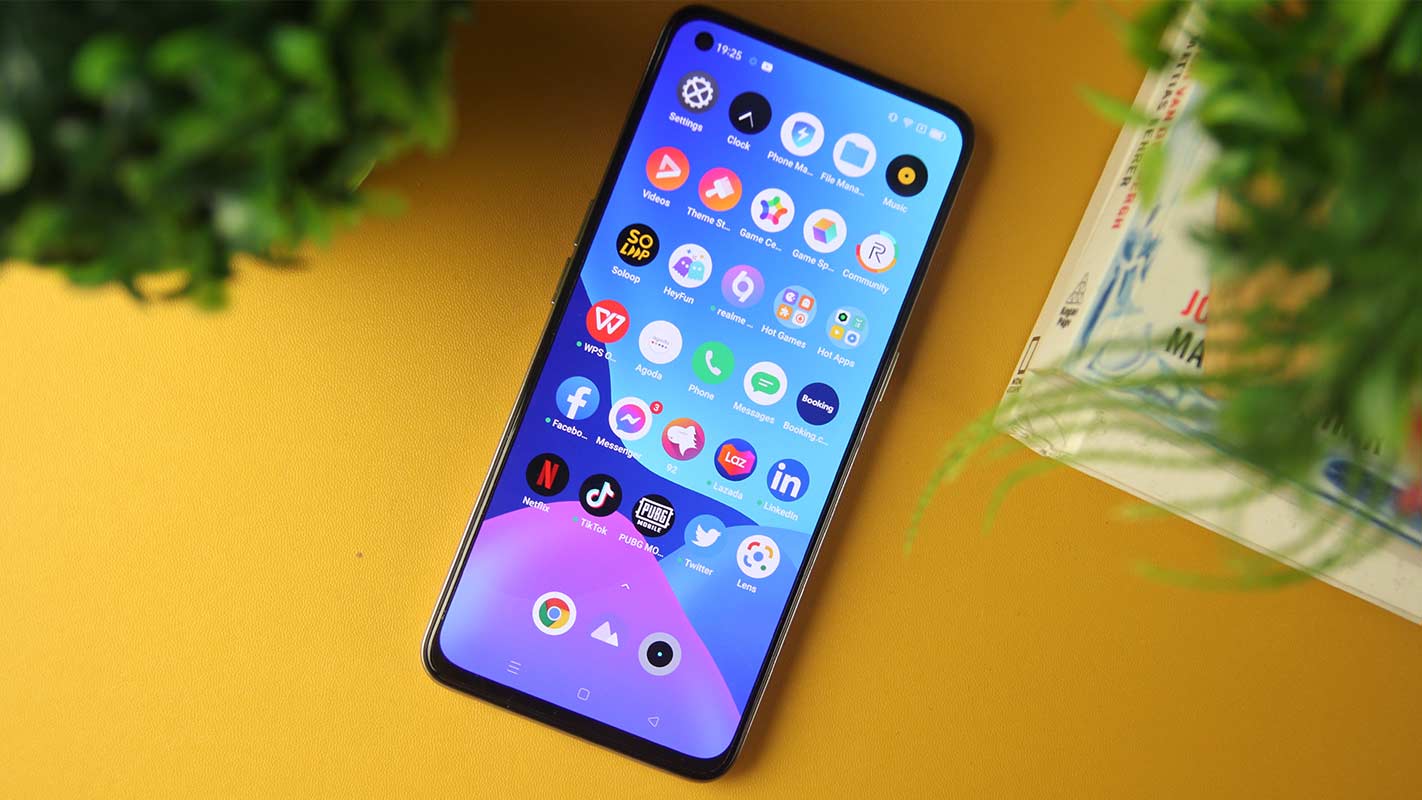 Moving forward to its display, the realme GT Master Edition boasts a 6.43″ super AMOLED FHD+ display paired with a 120Hz refresh rate. The bezels around the display are a bit thin and have a slightly thick chin which gives us an 85.3% screen-to-body ratio. On the top left, we have a punch hole cut out that houses the 32mp selfie camera. unfortunately, it doesn’t have a corning gorilla glass protection but instead, it uses DragonTrail Glass protection. 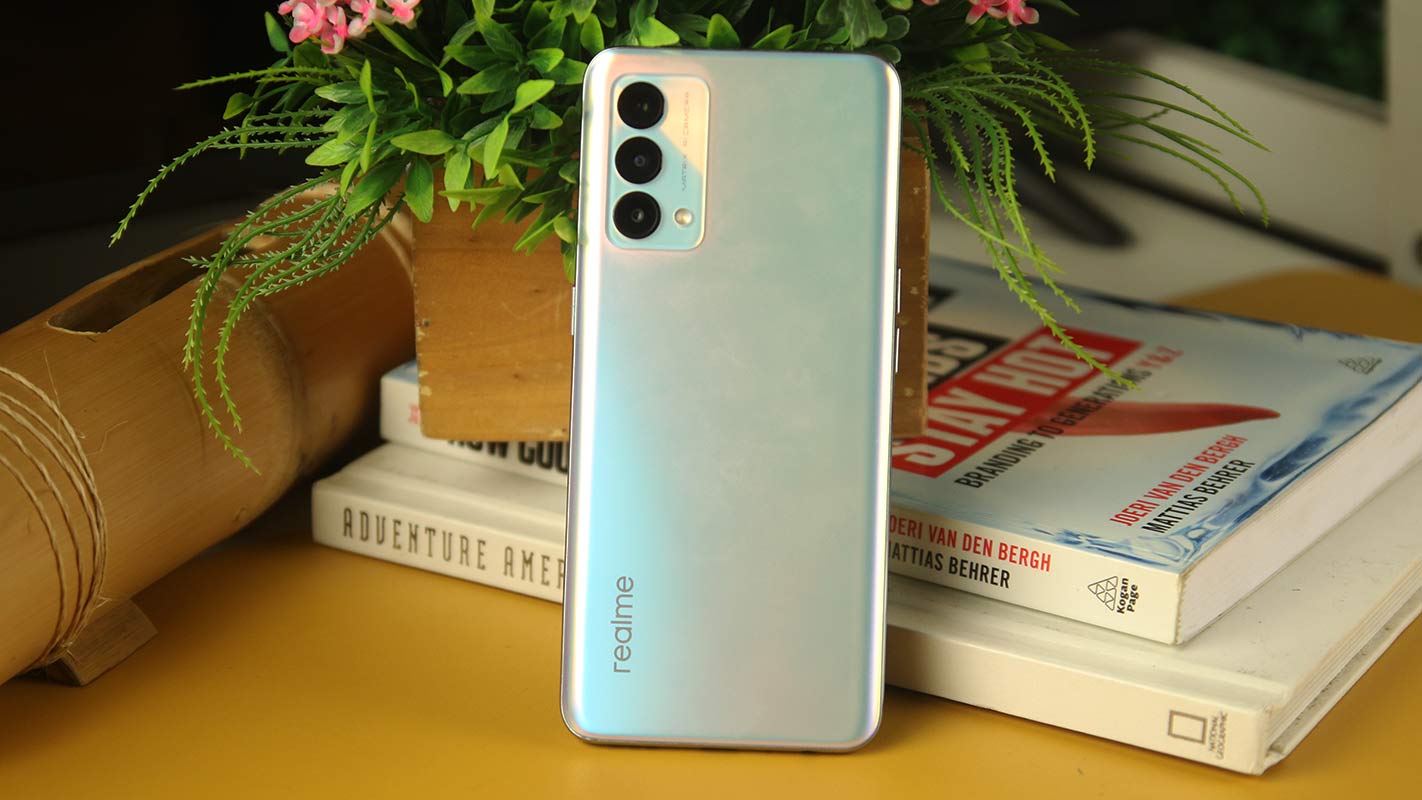 Now inside the realme GT Master Edition is powered by a Snapdragon 778G 5G with a 6nm process. Unlike Realme GT’s Snapdragon 888 5G that has a 5nm process, this one has a bigger architecture. Yes, it is a gaming chipset, so stay tuned to our channel because we will make a gaming review as well of this device soon. Our units configuration is 8GB of ram and 256GB of storage.

Heading to the software department, realme GT Master Edition runs on Android 11 with Realme UI 2.0 out of the box. With the 120Hz display and up to 360hz touch sampling rate, scrolling through the UI is great and stutter-free.

For its battery, it has a 4300mAh power battery, which is quite small but it is paired with a 65w super dart charge. According to their advertisements, the 65W super dart can fully juice up your device in just 33 minutes. Although we haven’t tested it yet so we can’t give full detail about its charging power.

For its cameras, again the realme GT master edition is equipped with a triple camera setup, a 64 MP, f/1.8 main cam, 8mp ultrawide, and 2mp macro. Here are some sample shots.

How Artificial Intelligence Will Change the Future