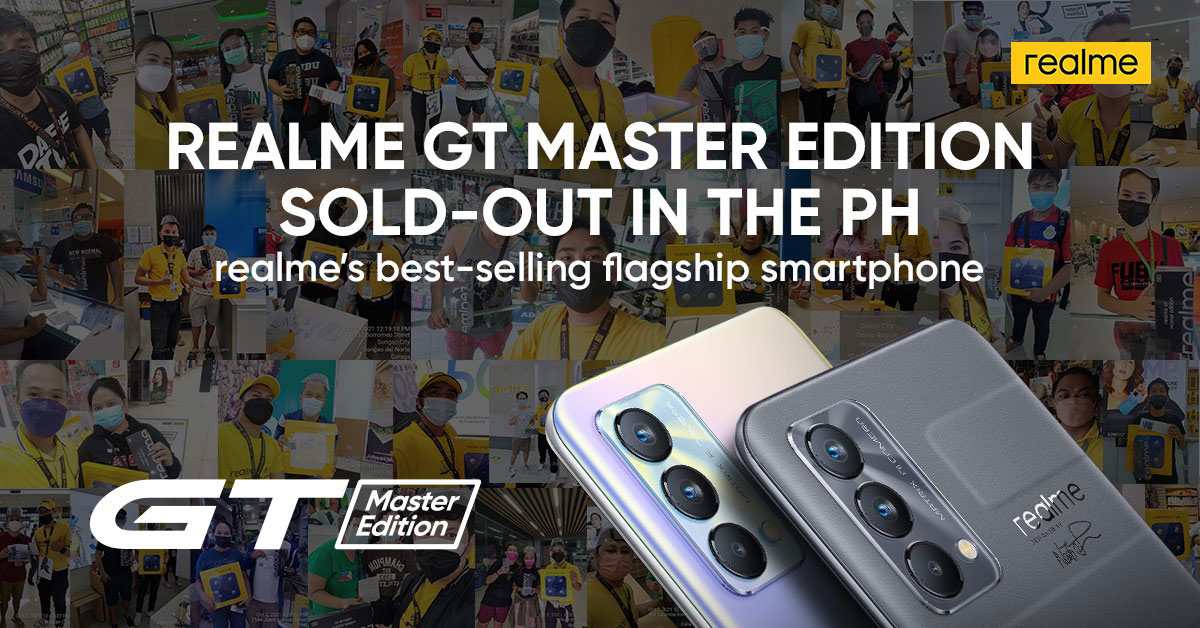 realme Philippines has shared the successful launch week for its two latest products that debuted on September 23: the realme GT Master Edition, and the realme Book.

According to the company, the realme GT Master Edition, the brand’s latest flagship offering, was a hit among realme fans as proven by its sold-out status on Lazada in less than 24 hours since its launch. It also generated impressive results from the Lazada Sulit Sweldo Sale on September 30, as well as from the brand’s first offline selling weekend on October 2 to 3, making it the fastest realme smartphone to sell out on its first weekend.

Meanwhile, realme also said that its first-ever laptop, the realme Book, also underscored its promising debut performance within the category, as it generated a staggering amount of pre-orders for both i3 and i5 variants, just hours within its official launch on Lazada.

“We are grateful for the Squad’s continued support and trust for our latest line-up of premium yet affordable products. Rest assured, the brand is committed to breaking the line that divides affordability and premium quality, to provide the best digital experience to every Filipino”, shares Austine Huang, realme Philippines’ VP for Marketing, for the success of realme’s latest product offerings.