Lenovo recently introduced the ZUK series (pronounced Z-U-K and not ‘zuke’). Unlike the Vibe series, ZUK phones run on Cyanogen modified UX of Android or ZUI in some regions. The first ZUK phone that was released is the Lenovo ZUK Z1 (Php 13.9k price ph) that comes with a new design–a major departure from the Vibe series.

Will the Lenovo ZUK Z1 impress us to make it a recommendable mid-range and perhaps crown it as one of the best budget Androids? Let’s find out the answer in our comprehensive Lenovo ZUK Z1 (available from Lazada Philippines).

Anyone who followed Lenovo in the recent years will notice that the ZUK Z1 has little similarities to previous Vibe smartphones. The back is subtly curved like a Motorola Nexus 6, perhaps more on the form. The approach is clean and simple yet elegant in its own. The 13MP main camera has metal ring accent with dual LED flash below it and ZUK logo printed on the far bottom side.

The main materials used include glossy plastic back and rounded metal frame with chamfered edges. The fingerprint scanner integrated at the home button with aluminum accent around it. The sensor is way better than Redmi Note 3 and Meizu MX 5. It easily scans my fingers even when wet.

The new USB type-C is positioned at the bottom together with the microphone and mono speaker grill with rounded cutouts. Two antenna bands are also noticeable. On the right side, power button and volume rocker are easy to access and very clickable, which are made from metal too. Access on the nano-SIM tray is on the left and audio jack on the top.

Handling experience on the ZUK Z1 is not the best nor the worst, but at least, the smooth and curved back provide a good grip in the hand.

Our unit is a white variant, the other color is dark gray. The white covers the entire phone and plays nicely with the grayish metal frame.

Catering the viewing experience is a 5.5-inch wide real estate IPS LCD display. Screen resolution is 1080p Full HD resulting in a 401ppi–more than the Retina of iPhone 6s! 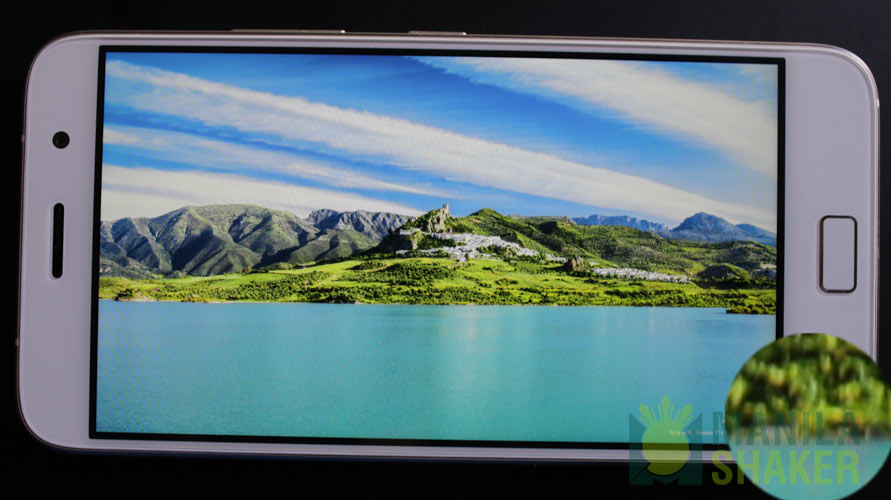 Both color reproduction and sharpness are convincingly good for a mid-range phone with an acceptable viewing angles. You can max out the brightness level to a blinding point during in night time.

ZUK Z1 sports a 13MP main sensor, it struggles in focusing both in still image and video shooting. However, the image quality makes up for the inferior stabilization of the cameraphone.

Daylight shots have far better light exposure control and pleasing colors than most Android shooters. In fact, the ZUK Z1 beats the Mi Redmi Note 3 in our shootout test.

Dynamic control is also superior on the ZUK Z1 in low light and night shooting.

The front-facing 8MP selfie camera has a wide-angle lens and right mixed of smoothening effect and toning in auto-mode–not so aggressive nor too ghostly white.

Color reproduction in the video is as good as the still image. But the lack of proper stabilization hurts the focusing speed and unwanted motion correction.

Watch the video comparison below for the video shooting quality in Full HD.

Under the hood is a Snapdragon 801 chipset with a high-clocked quad-core processor paired with 3GB RAM and 64GB non-expandable storage. It handled multitasking smoothly and runs apps and switching to graphics-intensive games fluidly. It’s not the fastest hardware, but what the ZUK in a store is a reliable performance and better benchmark scores than most mid-range Androids.

Our ZUK Z1 came from China and runs on Android 5.1 Lollipop out of the box. Most of the variants coming from the said region has ZUK UI or ZUI, which has differences compared to the Cyanogenmod and stock Android.

The quick menu toggle bar can be opened from the bottom while the notification tray full occupies the top. There is no app launcher a la iOS style with some widgets not fully functioning well in terms of grid spacing. The ZUI is a neat and functional approach but it still needs an overhaul in some areas.

Then there’s a discussion of installing a custom mod UX and unlocking the bootloader of the ZUK Z1 for you to fully customized the experience on top of Android. But it would need a little effort and extra time for this,

In terms of customization, the fingerprint sensor is integrated at the home button. ZUK Z1 with Cyanogenmod has the option to turn-on or -off the two capacitive backlit back and multitasking buttons. On our unit, it is not present and we’re stuck to the home button.

The whooping 4100mAh built-in battery of the ZUK Z1 lasted longer than we expected. Video playback is around 14 hours while on-screen time is 6 hours average, enough to get you up to the 2nd night.

The single speaker of the ZUK Z1 produces clear vocals and good bass. However, speaker lacks convincingly loud or powerful speaker. Volume is below average than most mid-range speakers we’ve tested.

The Lenovo ZUK Z1 retails for about Php 13,990 price PH (US$300) in the Philippines which is quite a bargain given the high-res display, powerful Snapdragon 801 chip, large built-in battery, USB type-C, and a fingerprint scanner on board. 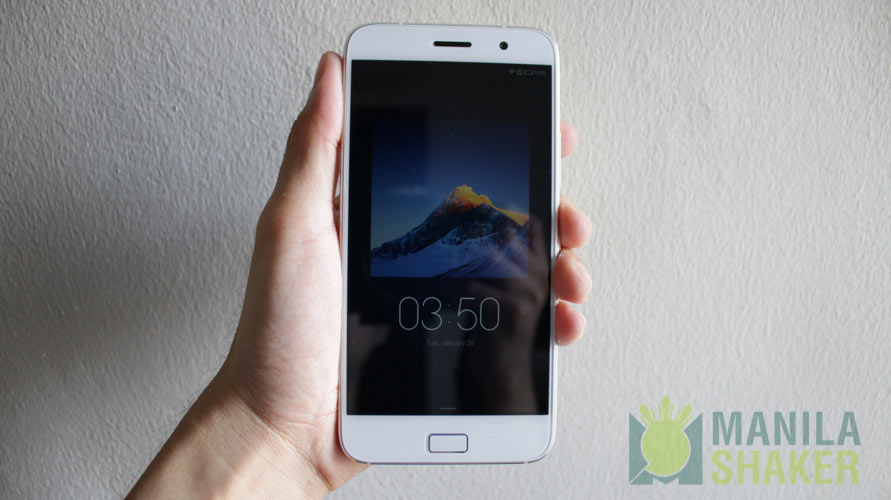 In every good bargain comes with some few cuts in specs and features. True in ZUK Z1. You will need to sacrifice stabilization in camera, average speaker, and stock Android experience–all for an improved hardware and design.