Huawei recently launched the Nova 2 Lite in the Philippines a few weeks ago. Now, the company released yet another entry-level smartphone, which slightly looks and feels similar to the newly launched Nova 2 Lite. The Huawei Y6 2018 is the successor to last year’s Y5 2017. Before we show you some comparisons of this device, here’s our first impression!

What’s Inside the Box? 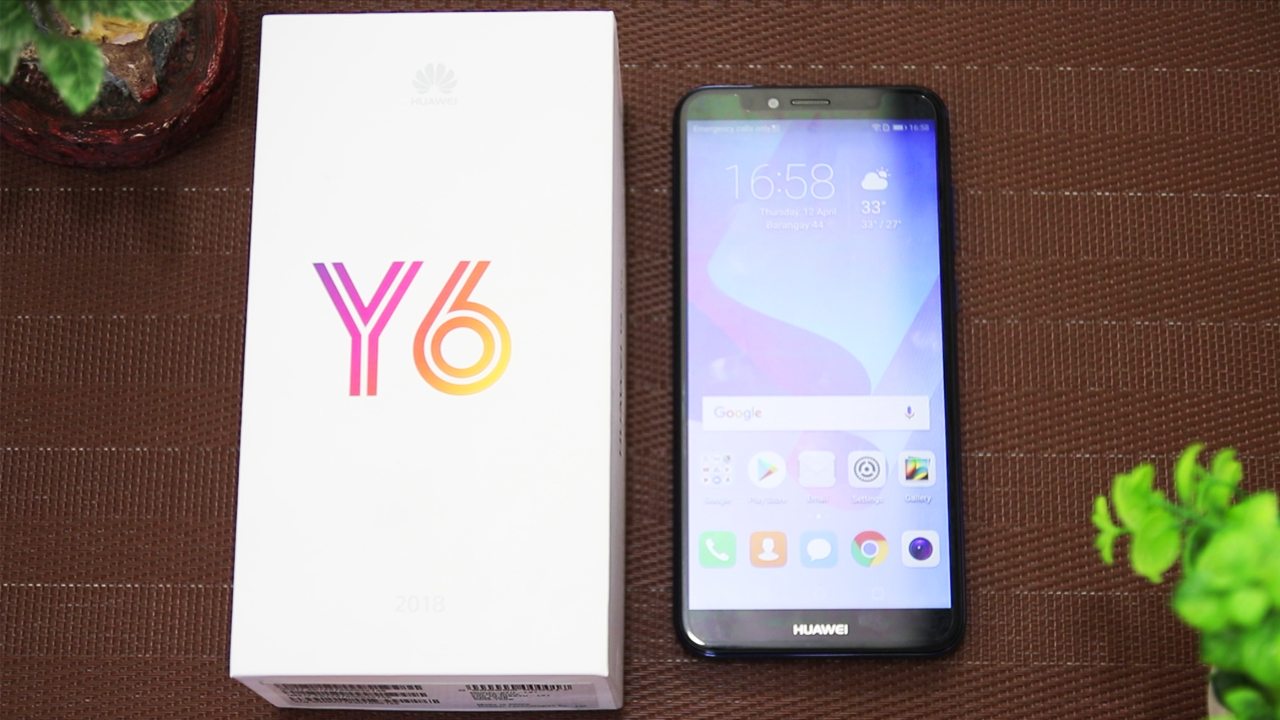 It comes in a white box with a big Y6 logo written on the front with the familiar “Instagram” color scheme. The logo literally screams youth. Above the Y6 is the Huawei logo and a small 2018 at the bottom part of the box.

Inside the box are the 5.7-inch Y6 2018 smartphone, a microUSB cable, USB charger, and a SIM ejector pin. Yep, no free case this time. However, some accessories might be added when the Huawei Y6 will be officially available in the market. In addition, it also comes with a pre-installed screen protector like most of Android smartphones today.

At first glance, it literally looks similar to the Huawei Nova 2 Lite, but when you flip it, it lacks the fingerprint sensor and the rear camera is placed horizontally. It has slim bezels on all sides, making it look not-so-budget-smartphone even if it is.

The power button, volume rockers, and the SIM trays are located at the sides of the smartphone. The headphone jack is placed at the top portion of the phone. Now, at the bottom bunk of the phones are the speaker, microphone, and the micro USB 2.0 port.

We got the Matte Blue variant of the Huawei Y6 2018, and we can say that it looks pretty good in our opinion.

The Huawei Y6 2018 features a 5.7-inch HD+ Huawei Fullview display with 2.5D curved display panels, combined with the 18:9 aspect ratio. It’s a smartphone that is not hard to hold – even for people with small hands. (Just like me!)

Watching youtube videos on this device looks decent I watched EXO-CBX’s new music video “Blooming Days” on this device and it was able to take every color accurately. Though taking pictures in broad daylight is a handful, I couldn\t properly preview my shots – just like what I have experienced on my Huawei Nova 2 Lite.

We’ll give you more details on the viewing experience on our in-depth review.

This smartphone is powered by Qualcomm Snapdragon 425, coupled with 2GB of RAM and 16GB internal storage. It is fueled by 3000mAh battery pack and runs on Android 8.0 Oreo with EMUI 8.

We tested the audio of this device and it’s pretty loud on our side. (We’ll embed the sample audio here). With the HOTA update, it will have a Karaoke mode that would generate live echo as the user sings into the phone. Also, it will adjust the tune and rhythm when the mode is enabled.

Moreover, there will be a Group Music option wherein the users are allowed to connect up tp 8 phones and turn them into speakers. (We still haven’t tried these though)

Yes, it doesn’t have a fingerprint scanner but it has a face unlock out of the box.

This entry-level smartphone features a 13MP rear camera with LED flash and a 5MP camera for taking selfies. Here are some sample shots:

Huawei still hasn’t announced the official pricing for this smartphone, but we’ll definitely let you know when we get the information. Stay tuned for some comparisons!