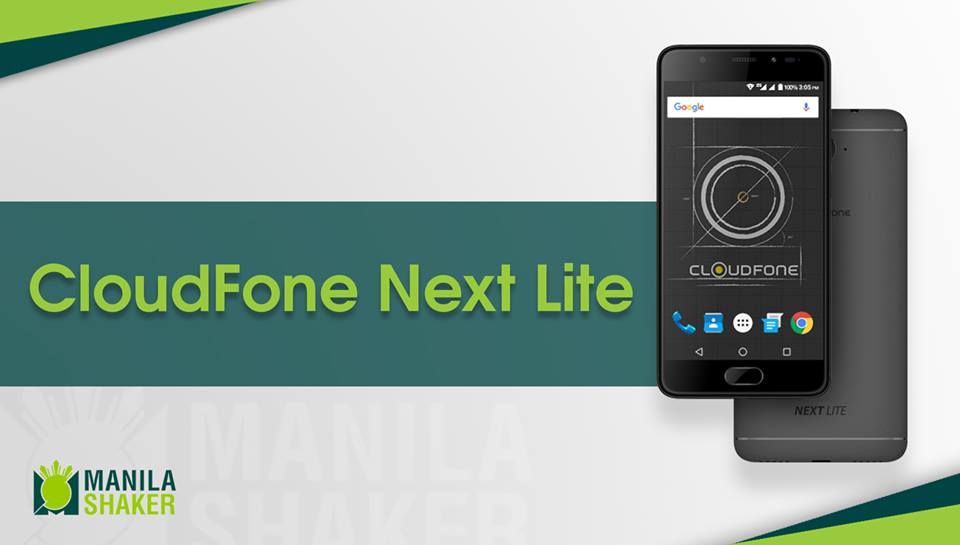 If you think the flagship smartphone CloudFone Next is too pricey for you, the local brand released a budget friendly version without toning down too much on the specs. Meet: the CloudFone Next Lite.

Compared to its bigger sibling, the Next Lite holds confortably on the hand with a .2-inch smaller display at 5.0-inches. In order to keep the cost to a minimum, the standard Gorilla Glass 3 will not be present here so you might want to have an extra layer of protection handy.

The build did not scrim on materials as it maintains much of the aesthetics of the Next down to the metallic design.

Most of the back is made of metal with plastic caps for the top and bottom – making way for signal reception.

The overall built is bulkier comparing but tries to make it up with slimmer bezels which add a bit of premium look.

Ports, buttons, and camera sensors placements are a standard affair, even the home button that doubles as a fingerprint scanner is still included.

For less than 2000 peso off its original price, you can hardly diss the attempt of Cloudfone to making something that wants to stay consistent after every iteration.

While other companies opt on sacrificing more specs to keep the device under a certain price range, the Next Lite only shaved on screen size while retaining resolution at 1080p or FHD on the IPS LCD panel. 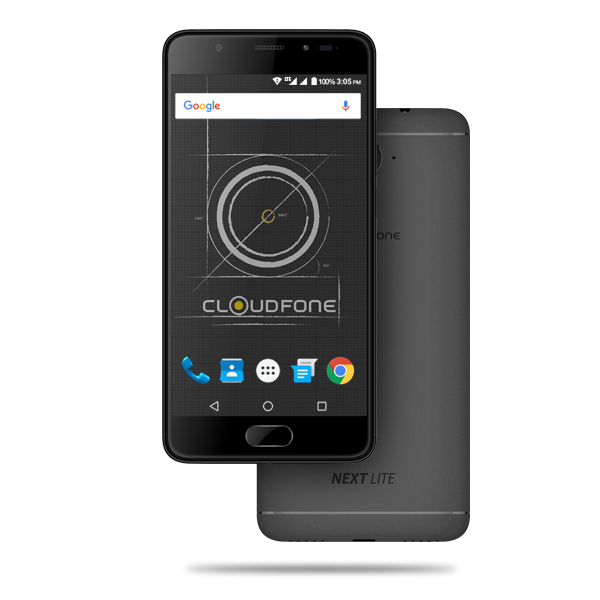 Compared to the 424ppi of the Next, the reduced size gives a crispier 441ppi pixel density for the Next Lite but this is hardly noticeable even with a trained eye.

The biggest difference here will be the camera. Instead of a 16MP Samsung sensor, the Next Lite carries a 13MP f/2.2 Sony sensor with PDAF and LED flash which is not much of a downgrade considering what you’re getting.

You won’t be having much problem shooting on a bright sunny day as it is able to capture accurate images with a bit of struggle on shadowed areas.

Details on the other hand will start to degrade when shooting indoors even with ample lighting present.

On low-light environment, you will be relying mostly on the LED flash during near-distance shooting.

Night shooting did fairly well as it was still able to comprehend the subject without being too harsh in light handling, though, noise is still present.

Video recording maxes at 1080p with fair details and underexposure in tow.

For the 8MP selfie camera, as long as you have decent lighting, colors will be standing out with good detail preservation. It’s also worth noting that there will be no selfie flash here, unlike that on the Next. 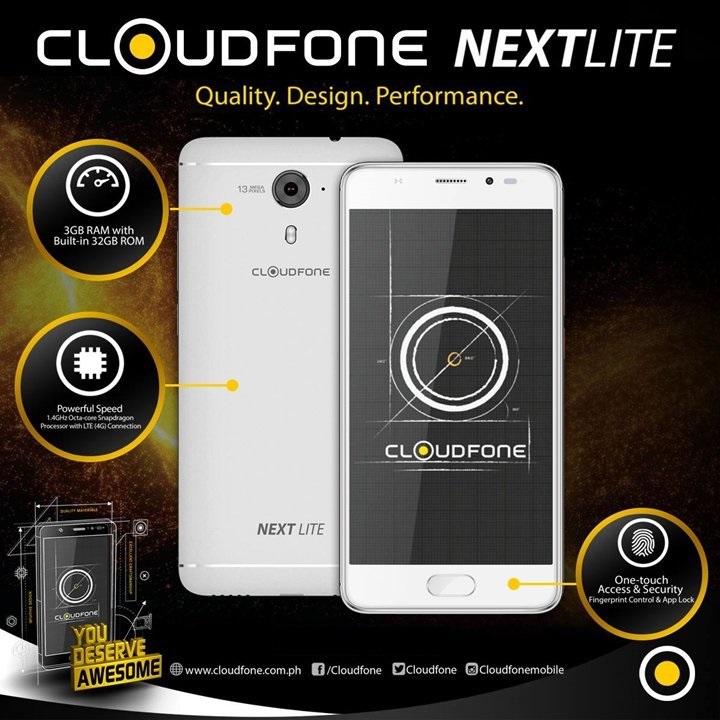 Just like its bigger sibling, the Next Lite packs in a low profile Snapdragon 430 but with less 1GB RAM at 3GB, that goes along with 32GB expandable storage via microSD card slot of up to 128GB.

The Next Lite will be running on Android 6.0 Marshmallow with the standard Cloudfone bloat and pre-installed app but some of them can be removed.

We can expect much the same performance on the Next with marginal difference on performance. The Lite will still be reliable with just less performance as it is still capable of handling your daily needs and even playing games such as Asphalt 8 and NBA 2K17 were deemed, playable in our case.

The fingerprint scanner stayed the same just like the Next with good accuracy at acceptable unlocking speed.

CloudFone opted to retain the 3000mAh battery pack for the Lite which is always a great thing.

Endurance will b¥place the Lite at below average even with the power efficient SD 430 chipset.

Expect around 3.5hours of screen-on time while stand-by time is around 21 hours.

Charging the Next Lite through the micro-USB port will clock-in about 2 hours and a half of charge time.

The bottom loudspeaker will be enough when listening to music given that you are not in a loud environment, as cranking up to the highest volume will result into some distortion.

CloudFone Next Lite is priced at Php7,999 Philippine pesos.

It is an overall good contender in the budget range for decent specifications overall with CloudFone’s strategy to remain consistent for its upcoming iterations.

Suffice to say the P2000 savings can be well worth switching over to something that goes back to the basics.